Dr. Dee Dillree was born and raised in Coalville, UT. He received his undergraduate from Weber State. He graduated from the Southern California University of Health Sciences in December of 1990. After graduation he practiced in Salt Lake City until June of 1992. He has been practicing in Evanston at Evanston Chiropractic since June of 1992. He also received his acupuncture diploma in 2006. Dr. Dillree is married to his lovely wife Ann with whom he has four children; three boys and one girl. 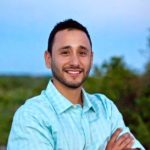 ChiroHealthUSA helps with clinic transparency allowing patients to better understand our fees and why our services are billed a certain way.