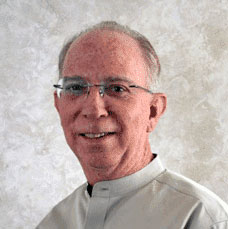 Following a near-fatal car crash in 1985, I, Dr. Tracy Richardson, went through six surgeries to repair my badly broken body. Following months of exhausting daily physical therapy and occupational therapy, the bones healed, and motion somewhat was restored, but the pain was still a daily burden.

At the suggestion of a friend, I went to see a chiropractor. The relief was so effective that I was able to resume a normal life and was completely without pain within a few adjustments. I was told by both my orthopedist and my physical therapist that I would have to accept limitations in the future and that I would likely lose the use of my right arm.

My chiropractor made such a positive difference in my life that I sold the business I was in at the time, and at age 38, I went to Life University in Marietta, Georgia, to study chiropractic. On graduation from Life in 1997, I moved to Lafayette to begin practicing. In 1999 I merged MY practice with the practice of Dr. E J Bixenman, a true pioneer in chiropractic in Louisiana. Since 1999 I have practiced at 107 South College Road in Lafayette.

I believe completely that the human body is completely capable of taking care of itself unless something is keeping that from happening. When that happens, the answer, I believe, is not to medicate the symptoms (pain, tingling, spasms, reduced motion, etc.) that the problem creates but instead to eliminate the problem that is causing the symptoms by restoring a state of normal in the body and returning the God-given ability that the body has to take care of itself. Without problems, there are no symptoms.

Normal is best. When normal no longer is present, bad things happen. Restoring normal is why I come to work. It worked so well for me in 1985 that it changed my life for the better in a life-changing way. I love what I do. I love helping people not just feel better but to actually get better, by restoring normal for them.

I wanted to make sure you know how grateful we are for the wonderful way you've handled our business/account. You're always "right on it" with reminders for renewals and solutions for creative challenges. Your webinars have saved us a great deal of time and kept us from worrying about changes, as well as saved us money with the quality experts with whom you partner. Having CHUSA in our office is like having our own partner who is "watching our back." Thank you! Thank you! Thank you!