Born in Winnipeg, MB, Canada, Dr. Shapiro became a chiropractor because of the dramatic life changes that took place through the art, science and philosophy of chiropractic. He wrote the MCAT (Medical College Admissions Test), he was in the process of applying to medical school when he was in 5 car accidents within 1 year at the age of 20 years old. As a result he has suffered with migraine headaches, neck pain, upper back pain, lower back pain and eventually leg numbness. His medical physician put him on medication. He was seeing a physiotherapist who performed acupuncture, applied various physiotherapy modalities and supervised his exercise rehab. Despite the efforts of these caring professionals he was in constant pain. Thankfully, Chiropractic was recommended to him by his thoughtful attorney. Chiropractic Adjustments brought him relief and a quality of life he was not able to imagine at the time. He had no choice but to give back what was given to him! CHIROPRACTIC!

Dr. Shapiro received his Bachelor of Science degree from University of Manitoba, Canada in 1993, and his Doctor of Chiropractic degree from Northwestern College of Chiropractic, (NWCC), MN in 1997. He received his post graduate certification in MUA, Manipulation Under Anesthesia, from National Health Science University (2003) and University of Bridgeport (2008) with an additional certification in Pain Management (2008). He is licensed to practice chiropractic in Canada and the US. 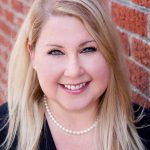 I met Heather at an Activator seminar a few years ago and heard her talk about CHUSA. Her pleasant demeanor and willingness to help me led me to join CHUSA. And when I opened my practice, I knew just who to call.