On December 8, 2016, CNN posted an article with information that not many in our profession were surprised to see. The Opioid epidemic in the US is getting worse, not better. In 2015, the number of deaths involving opioids skyrocketed. This growing epidemic is devastating families of all socioeconomic backgrounds and races.

How has this happened? Studies show that 99% of medical doctors have prescribed highly addictive opioids, many for longer than the three-day period recommended by the CDC. In 1991, doctors wrote 76 million prescriptions. By 2011, that number had nearly tripled to 219 million according to a report from the National Institute on Drug Abuse. In 1996, Purdue Pharmaceuticals released OxyContin. This drug was directly marketed to doctors whose prescription patterns showed them to be “over-prescribers.” OxyContin was also provided free-of-charge to patients for a limited time. Doctors were encouraged to prescribe this new drug which had also been presented as a drug having a very low risk of addiction. Now, we know better.

One in four people who have been prescribed opioids is struggling with addiction. One of my long-time friends has silently been dealing with her father’s addiction to opioids for years. He is a veteran and has lived with chronic pain most of her life. His addiction has caused erratic behavior, family turmoil, and countless trips to the emergency room. We’ve known each other for over a decade. Her family is my family, and my son calls her father “Pop.” I only recently became aware of her personal struggles when I received a call one weekend begging me to come get her child. Later, she unburdened herself from the weight of hiding his addiction from the rest of the world. I’ve always found her to be one of the strongest people I know, and I quickly realized that she was much stronger than I could imagine.

If you would like to gain a greater understanding of the opioid situation in our country and learn about the research showing the efficacy of chiropractic care, please join us on January 24, 2017, for “Chiropractic, A Safer Strategy than Opioids” presented by Dr. Sherry McAllister. If you are not available for the live presentation, register to receive a link to the webinar recording.

To see how ChiroHealthUSA has helped other doctors make their practices more compliant and profitable, click here to visit our Testimonials page. 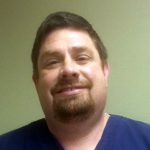 It is very easy to transition patients with out-of-network insurance, or no insurance, to the ChiroHealthUSA plan.