March, it’s said, comes in like a lion. This year, the OIG is giving all appearances of showing big teeth and claws, too. Yes, we’ve been hearing about more intense OIG scrutiny and intensifying audit efforts for some time now but the OIG’s recently published Work Plan promises more of the same—and then some. All of this in a year when chiropractors are required to convert to ICD-10 coding, making it even more imperative that DCs nail documentation and compliance standards.

The heat is on. But because it’s been escalating gradually, there’s a real risk that, like lobsters in a slowly heated pot of water, DCs won’t notice until they’re all but cooked.

According to the Work Plan, fully three-quarters of the OIG’s funding goes toward Medicare and Medicaid oversight. Since your members can’t just “opt out” of Medicare that means all that well-funded scrutiny includes putting them under the microscope. This year, it will be more critical than ever that your DC members know exactly what the government wants to see in their documentation—and what’s a red flag, like dual fee schedules, inducement, over- or under-coding, missing SOAP note elements, or simply being a statistical outlier.

It won’t be just Medicare lining up the crosshairs. History has borne out that as Medicare goes, so go most third-party payers. That means that not only will the government be scrutinizing more doctors, so will private insurance companies.

Recoveries from audits and investigations represent a major income stream for the government. In this Work Plan, the OIG estimates the 2014 intake at $4.9 billion. It’s not likely the OIG will turn away from such a valuable pursuit any time soon. And, it’s the same story for private insurance companies; recoupment is BIG and PROFITABLE business for them!

During 2014, the OIG excluded 4017 “individuals and entities” from participating in federal health insurance programs, and brought 971 criminal acts and 533 civil actions against suspected offenders. Their Work Plan says the OIG is going into 2015 with the presumption that it will find the same kind of “inappropriate” payments for non-medically necessary treatment rendered by chiropractors that it found last year. It believes it has identified patterns of abuse, non-compliance, and fraud, and will be looking at your state association members with the intention of finding those same patterns.

Here’s where ChiroHealthUSA can help. We’re a Network that works in conjunction with a Discount Medical Plan Organization (DMPO) to give chiropractors the means to offer safe, legal discounts to financially challenged patients based on their practice’s actual fee schedule. That means your members don’t have to worry about dual fee schedules, inducement, and the resulting risk of being audited that comes with them.

There is no cost to the doctor and an affordable $49 fee per patient family per year is easily recovered in the first patient visit. ChiroHealthUSA providers also have access to the best and brightest minds in the profession on documentation issues—the very issues the OIG and third-party payers will be scrutinizing with a magnifying glass this year.

We offer a free on-demand webinar that explains the benefits of becoming a ChiroHealthUSA provider as well as how to easily offer membership to patients. Invite your members to register for one of our webinars. 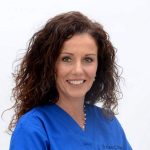 I am concerned about OIG audits. ChiroHealthUSA gives me more peace of mind. When someone asks about "cash prices," I just tell them we use CHUSA.