A Family Foundation: In Support of Chiropractic Education and Lifelong Learning

In the early years of my life, my mom worked as a CA for a local chiropractor. With the doctor’s encouragement, she went on to apply for and be accepted into Chiropractic College. She worked as a vet tech by day and attended chiropractic school at night with me in tow. Can you imagine bringing your 8-year-old to class every night?  There is no doubt that my mom’s personal experience, seeing the miracles of chiropractic, lead to her determination to become a chiropractor despite being a single mom with three kids.

After graduation, she opened her practice in a small town in a state where chiropractic was not licensed yet and there was NO insurance coverage for chiropractic. She used garbage cans as her “developing tanks” for her x-rays and guess who got to help clean them out? Obviously this was far before the days of OSHA! Life was good and times were simple. She later met and married another chiropractor who turned out to be my “dad” and they went on to a successful career over many years. While my mother was clearly an inspiration, I was also amazed at my dad’s desire to learn. What impressed me the most, was when I graduated in 1985 and sat for the National Boards, he was right along beside me taking and passing the Boards despite not being in chiropractic college for many, many years. He didn’t have to take the National Boards, he wanted to take them! The most important thing I think they ever blessed me with was never telling me there was something I could not achieve if I put my mind to it.

As a second-generation chiropractor, I did not originally plan to follow in my parents’ footsteps. In fact, I think I must have found everything else I didn’t want to do the rest of my life before chiropractic chose me. Attending a state chiropractic convention in 1980 with my parents I heard my now long-time friend Dr. Sig Miller speak and it changed the course of my life.  In about two weeks time, I packed up my young family and headed to Cleveland Chiropractic College and never looked back. When I opened my first chiropractic office in 1985, I had no idea that over the next 30 years I would be appointed by two governors to serve 12 years as the first chiropractor on the Mississippi State Board of Health, two of those as Chairman. I would have never imagined having the opportunity to start the first chiropractic program at our VA hospital and going on to be the founder and president of ChiroHealthUSA. It is important for me to give back to a profession that has meant so much to me and my family, not only as tribute to my parents but as an opportunity for chiropractic students to follow in their footsteps.

During The National Convention in Orlando, Florida last month, ChiroHealthUSA announced the creation of The Foxworth Family Chiropractic Scholarship, in honor of my parents Drs. Betty Pace Mathews and Charles Vernon Mathews. This scholarship will award $10,000 to one chiropractic student each year. In addition ChiroHealthUSA will make a $10,000 donation to the winning student’s chiropractic college.

I encourage you as practicing chiropractors to share this opportunity with the young people you may know who are working to join this worthwhile profession. Students may learn more about the scholarship at www.chusascholar.com. They may begin submitting their applications on September 15, 2015. The deadline for submission will be February 28, 2016. The winning student and his or her school will be notified on or before June 1, 2016, and will be recognized during The National Convention in Orlando, Florida in August of 2016.

We all need to help, invest, and support the advancement of our profession. Our chiropractic students are the future of this profession, and I am happy to say that our future looks bright.

Dr. Ray Foxworth is the founder and President of ChiroHealthUSA. Since it’s inception in 2007, ChiroHealthUSA has donated over $700,000 to help support state associations, COCSA, F4CP and the CCGPP. 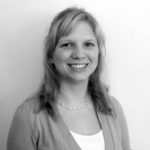 I thought I was being "nice" in offering discounts to my patients. When I ran my numbers, I realized that not only was I losing money on some visits, but I was also opening myself up to compliance issues.