No matter where I speak, I always have doctors who point out that they are no longer treating Medicare and Medicaid patients in their practices in order to prevent any violations of state and federal anti-kickback rules. The reality is, as doctors across the country have recently learned from the Forest Park trial in Dallas, that’s not exactly true. In December 2016, 21 individuals, including physicians, chiropractors, healthcare executives, advertising executives, and an attorney, were indicted for an alleged kickback scheme (Small, 2016). The indictment focused on payments for referrals that not only included monetary compensation but free advertising services that benefited the providers and their practices.

Federal prosecutors successfully used a 60-year old law, the Travel Act, to target health care kickback schemes in two cases that involve private insurers such as Blue Cross Blue Shield, Aetna, or Cigna. The Travel Act was initially passed to crack down on organized crime. The law makes it illegal to use mail, and other forms of interstate commerce, to commit any “unlawful activity,” which includes bribery. Recent health care prosecutions show that the federal government is taking a stand on health care fraud, waste, and abuse, even when it does not affect federal payors. In the case of Forest Park in Dallas, Texas, the jury found that the hospital had paid the surgeons in the form of free advertising in exchange for referring patients to the hospital. Additionally, the surgeons were found guilty of inducing patients to use the hospital by waiving, or substantially reducing, their co-insurance or patient responsibility, which they did not disclose to private payers (United States Department of Justice, 2018).

The providers prosecuted in this case were led to believe they would be protected from federal anti-kickback law as long as they didn’t treat Medicare patients or others filing under federal health insurance programs. That advice proved to be false. ChiroHealthUSA has always advised doctors that many states adopted the same rules and regulations as the Feds because of the incentive to do so offered by the federal government. What was the incentive? MONEY! States that adopted the federal guidelines share in the recovery of funds from providers and other entities found to be in violation. The Office of Inspector General is responsible for the financial integrity of the Medicare Fund. These state laws help protect the financial integrity of private health insurance and state plans.

With the successful prosecution of two cases under its belt, the federal government is expanding its jurisdiction to combat healthcare fraud, waste, and abuse in our country (Feld, 2017). As a result, many healthcare attorneys are currently reviewing marketing agreements, consulting agreements, office leasing agreements, and medical directorships, that they had previously green-lit as okay for their clients.

It’s not uncommon for many of us to encounter vendors at various events across the country, or to receive advertisements through email or social media, touting some form of compensation for getting our patients to use their products or services. There has never been a better time to heed the advice of our 40th President, Ronald Reagan; “Trust, but Verify.” Before accepting any compensation (money, free products, etc.) from a third-party, it would be wise to work with a reputable healthcare attorney who understands the rules and regulations, so that you know that what you are doing is legal and compliant. If you already have agreements in place, contact your attorney to confirm that you are doing things the right way.

As a ChiroHealthUSA participating provider, you’ve taken the steps to be compliant by offering legal and compliant discounts in your office. If you haven’t already requested a quote for CHUSAdefense, a policy that was created in partnership with NCMIC, then call (800) 808-7931 to request one today. CHUSAdefense pays the defense costs, civil fines, and penalties, due to billing error proceedings, HIPAA proceedings, EMTALA proceedings, and Stark proceedings. With coverage from $100,000 – $1 million dollars, you will have an extra layer of protection in the event of proceedings from commercial payers or government entities. NAS has substantially reduced the cost of CHUSAdefense for ChiroHealthUSA providers and NCMIC malpractice insurance policyholders. 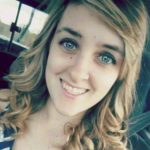 CHUSA is amazing! Most of our patients use it when they don't have insurance or they run out of visits. The information is easy to relay to the patient to help them understand the program. It gives them comfort knowing they have an option if they don't have insurance, especially being able to include anyone in their household on their CHUSA plan. Chusa is the best option for your office and your patients.