I have been in practice for over thirty years and know I take when I trust my team to follow the policies and procedures I have in place when it comes to collections, compliance, and patient follow up. I learned the hard way, that when you don’t have a system in place to check that these policies and procedures are being followed, you end up with a mess. It’s a mess that takes much longer to clean up than the time spent at the end of each day to verify that your policies and procedures are being followed. This was the case for one of our network providers, and close friend, who recently called to share with me the mess he discovered in his own practice.

He lost his long time front desk CA over a year ago. She knew the practice and its policies and procedures like the back of her hand. In his opinion, she ran the practice as if it were her own. Unfortunately, locating a replacement for her was a long and arduous task. Since she left, he has had 5 CAs in that position. Thankfully, he finally found a perfect replacement. During admin hours, she noticed that one of their Medicare patients was receiving a discount on therapy, but she couldn’t locate them in the ChiroHealthUSA database or locate a copy of their signed enrollment form in the file. Bringing this to his attention, they began to unfold a mess that left him stunned.

After pulling more than 300 patient files and reviewing patient accounts, they discovered that charges to patient accounts were not being checked at the end of each day, patients were not being renewed fin ChiroHealthUSA, and that they had continued to offer discounts to their federally insured patients, exposing them to potential high fines and penalties. With a potential $10,000 fine per discount, one patient file alone could have resulted in $150,000 in fines. In the weeks that followed, he also discovered other areas in his practice that he had stopped checking and noticed that many of the policies and procedures were no longer being followed. As a result, reimbursements were down, collections were down, and missed appointments were up. He decided to implement a series of checks and balances to get him and his team back on track.

Recently, we received a third-party audit of our patient memberships and discovered that only 9% of patients are being renewed in ChiroHealthUSA each year. The very issues in the previously mentioned practice are likely happening all over the country. To help prevent this from happening in the future, my friend added reminders in his software to notify his staff when a membership would expire 60 days in advance. Each month, they review the monthly report from ChiroHealthUSA to confirm that all their patients are being renewed and that any patients that sign up for ChiroHealthUSA have been entered correctly and have signed and dated a new patient enrollment form.

I am happy to report that they now have steps for checking key procedures daily and now discuss any discrepancies in their weekly meetings. They also wrote a new policy for training new employees, and each person on the team is responsible for training new employees on key duties and procedures in the clinic. This eye-opening moment made each of them accountable for part of the practice, and in turn gave them ownership of their respective responsibilities. When we spoke about the incident recently, he told me that it was a terrible discovery, and yet, he was grateful that they detected it on their own. In the end, it brought them together as a team. Now each person is empowered to speak up if something doesn’t look right, and together they correct it. Never assume policies you put in place, stay in place! Adjustments and prevention are not only great for patients but great for your practice! 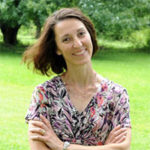 We love using CHUSA! Patients love knowing they can get a discount when they either don't have insurance or have a high deductible. This is the only DMPO we use. It's easy and patients love it!