The Coming Consolidation in Chiropractic Make no mistake, the future of chiropractic looks quite different from what you likely expect. In fact, massive changes are already being made and the rate of change is only going to accelerate, leading to a very different landscape in our great profession. This extremely strong force of change is called consolidation. Chiropractic does not operate in a vacuum. Economic consolidation demands exert powerful forces on our industry and actually shape the future. To get a better glimpse into the next decade of chiropractic, you can merely take a look at a couple of similar professions: optometry, dentistry, and veterinary medicine.

There are four predominant types of practices in both optometry and dentistry. The first, which is corporately owned and controlled, is making huge gains in size. These are large companies that own many, many clinics and employ literally hundreds of doctors. This group also contains the model in which large companies employ their own optometrist or dentist, and this sub-group is also making large strides in growth.  These companies know they have an almost endless supply of doctors because of the large number of recent graduates and older doctors who do not want the heavy responsibility and cost of private practice. Competing against this growing group is getting more difficult because of how sophisticated and robust their marketing programs are.

The second group gaining impressive traction is related to the first group. It’s called the franchise model and it’s growing extremely fast. The difference between the first two groups is that in a franchise model, the doctor owns and controls their practice. What they’ve done is recognize that it is very, very difficult to grow a successful practice on their own while competing with corporate clinics, so they choose one of the franchise models that aligns with their core beliefs on how their profession should practice. Since the doctor owns their practice, they have much more autonomy. The franchise merely gives them an operational and marketing structure that they plug into and implement to help them build a successful practice that they own. And as a franchise owner, they are now part of a much larger group of clinics providing evidence- based care which is bolstered by an aggressive marketing program to promote their clinics and drive more new patients into the office.

The third group that exists in optometry and dentistry is the large, group practice model. This group is also accelerating the consolidation movement, and it’s growing for similar reasons as the first two groups. More and more doctors are finding it harder and harder to compete and achieve the level of success they desire on their own. In addition, it’s very hard to fund a start-up practice and it’s also very difficult to stay current with the compliance concerns. These forces are driving more and more doctors to practice together under a similar yet smaller model of corporate practice. In this model, usually one, or a small number of the doctors, own the group practice and the rest of the doctors are employees.

The fourth group is the solo practitioner. This group is not growing. In fact, average net incomes are dropping for the doctors. Why? It’s getting increasingly hard to compete with the first three groups. The first three groups tend to (but certainly not always) provide current, evidence-based care. The solo doctors are also trying to compete with hyper-aggressive marketing strategies that frequently employ large, extremely savvy marketing firms that often effectively lock out the solo practitioner.

Currently, the above described four groups have materialized as the predominant practice styles in optometry and dentistry. The same market forces that created this scenario are exerting the same changes to chiropractic. What’s the future of chiropractic in the next decade?

We will witness the rise of corporately-owned and practiced chiropractic. Economic demands and costly compliance are forcing our profession to streamline practices in order to become more efficient, making it harder and harder for the solo practitioners to survive and thrive. As a result, chiropractic will dive much deeper into corporately owned chiropractic clinics and there will be three distinct subgroups.

First, large employers will begin hiring chiropractors to provide care to their employees on site in small offices. This will enable these companies to save a great deal of money since these chiropractors will be employees of the company. Expect sparse compensation for these doctors.

Second, large companies will have small chiropractic clinics inside to sell care to their customers much like optometry clinics inside Costco or Wal-Mart. This will offer convenience but it will sacrifice evidence-based care and optimal results. DC compensation will be low.

Lastly, corporate chiropractic includes the rise of large corporations that hire many, many chiropractors in corporately owned practices. Tremendous efficiencies will be realized and DC compensation will be low. Remember, there is an almost never-ending supply of DCs to fill these positions, and they come from the ranks of new graduates and older DCs that do not want the cost or headache of practicing on their own. They also likely don’t have the start-up money to finance their own clinics. These three subgroups are going to drive this group of chiropractic practices to very large levels.

The second group of chiropractic practices will be doctors practicing chiropractic inside a franchise model. This group is already exploding though not yet even remotely to the level of dentistry and optometry. In this model, chiropractors own their practices, though they practice within the umbrella of the franchise. This gives them clinical autonomy along with proven systems to run their practice so that they are much more efficient and therefore profitable. Compensation will be higher than average.

The third group will be the creation of large, group practices. This has hardly begun in chiropractic but it will proliferate because the costs and complexities of launching and running a solo practice are becoming too big a burden for the typical doctor. Most of the DCs will be employees of the practice and compensation will be on the low.

Lastly, the fourth group will be the shrinking class of the solo doctor. This class is shrinking because as average incomes continue to drop each year, it’s harder to earn a respectable living. Add to this equation the rising compliance expenses, increased insurance audits, increased state board investigations and the massive marketing programs placed by the first three groups, the pressure to consolidate is huge and getting stronger each year. There will be some doctors that do well in this model, though that number will continue to shrink. You will have options.

If you are looking to own your own practice while also being a partner in marketing your practice to attract more new patients, having assistance with staying legal and compliant, having access to a compliant electronic health records system, having instruction to provide evidence-based rehab protocols to deliver much better results for your patients, having simplified, evidence-based nutritional support, experiencing monthly in-office support for you and your team, generating higher incomes than corporate, group or solo practices and having help with every facet of running your office, the franchise model is what you should investigate. The franchise model will be the strongest and most economically rewarding. This model gives you that partner in practice that can drive efficiency that our economy is demanding.

These conclusions are drawn from studying optometry, dentistry and veterinary medicine. Chiropractic will see a similar trajectory. The next 10 years will see massive consolidation in chiropractic. Your future inside our great profession can still be very fun and highly rewarding. It can be a blast! For that to materialize, you must evolve your thinking and your practice and recognize that the proactive doctors of today will be the successful and happy doctors of tomorrow.

Dr. Chris Tomshack is the CEO of HealthSource Chiropractic, the world’s largest chiropractic franchise, with over 400 locations in 47 states, and author of The Ultimate Practice Adjustment, available on Amazon.com. 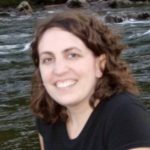 I should have joined ChiroHealthUSA a long time ago.