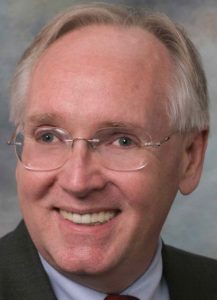 In 2016, the U.S. officially awakened to a crisis with respect to the use and abuse of legal and illegal opioid products. You may think the term “crisis” represents a degree of hyperbole, but when you realize 91 Americans die every day as a result of prescription opioid use and abuse, “crisis” becomes a bit of an understatement.

The steady uphill movement of opioid use has been chronicled by the Food and Drug Administration (FDA), the Institute of Medicine (IOM) and the Centers for Disease Control and Prevention (CDC). Each of these agencies has called for immediate and drastic changes in how Americans are addressing chronic pain and the aftermath of the current treatment in the form of opioid addiction.

Among the strategies common to their recommendations is an increased use of non-pharmacologic approaches in the management of pain. This advice has mobilized everyone from the physical therapy community to the acupuncture world to the naturopaths to the chiropractors.

In this environment, there is no one advocating for more opioids.

A 2016 National Safety Council survey found: 99 percent of medical doctors prescribe highly addictive opioids and for longer than the three-day period recommended by the CDC.

That being said, seventy-four percent of doctors incorrectly believe morphine and oxycodone, both opioids, are the most effective ways to treat pain.

The problem has reached the point where painkillers, with high addiction potential, which includes commonly prescribed drugs such as OxyContin, Percocet, and Vicodin now account for more drug overdose deaths than heroin and cocaine combined.

And, with the ubiquitous use of opioids by American physicians it is hard to imagine that relatively little is known about their long-term effects.

“We do not yet understand the effects of the long-term use of opioid analgesics, as no trials have followed up patients beyond three months. Importantly, we do know that these medicines can have significant harmful effects when used inappropriately or for longer periods of time,” noted a 2016 UPI article titled: Study: Opioids not effective for long-term back pain.

It is time for the American public to become educated about the benefits of the drug-free chiropractic approach, a safe and effective option for pain management, which can help in the mitigation of the human carnage that is the product of opioid use and abuse.

Evidence-based chiropractic care can be an important part of the response to this problem, not only is it documented to yield improved clinical outcomes, reduced costs and high patient satisfaction scores, but also the profession has never been seduced by the financial lure of the pharmaceutical industry and its targeted marketing to heavy opioid providers to sustain and advance their sales picture.

Einstein is often quoted as noting, “We cannot solve our problems with the same thinking we used when we created them.” New thinking is needed.

The opioid crisis demands that we step up and tell the tale of how we have gotten ourselves, as a nation, into this fix. More importantly, it calls upon non-pharmacological options, including chiropractic, to be a part of the solution. 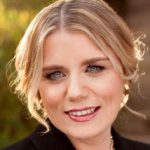 The Foundation for Chiropractic Progress (F4CP) is very grateful for the generous contributions from ChiroHealthUSA. The Foundation is able to fulfill its mission of Positive Press for Chiropractic in unprecedented ways because it builds on the strength of those that support it. Success for the profession includes educating the public on the benefits of chiropractic care and creating campaigns that capture the attention of the American people. Thank you ChirohealthUSA for recognizing the importance of our mission. We wish you continued success.