Have We Seen the End of Modifier 59?

Question: Dr. Kotlar, I’ve heard modifier 59 is being deleted. Can I still use the 59 modifier?

Answer: Under certain circumstances, it may be necessary to indicate that a procedure or service was distinct or independent from other non-E/M services performed on the same day.  Modifier 59 is used to identify procedures/services, other than E/M services, that are not normally reported together, but are appropriate under the circumstances.  Documentation must support a different session, different procedure or surgery, different site or organ system, separate incision/excision, separate lesion, or separate injury (or area of injury in extensive injuries) not ordinarily encountered or performed on the same day by the same individual.

Following many years to curb the misuse of modifier 59, CMS has issued a Change Request (CR) aimed at addressing the problems with modifier 59.  A 2005 report by the OIG found that 40% of modifier 59 claims failed to meet requirements resulting in an estimated $59 million in overpayments in 2003. (http://oig.hhs.gov/oei/reports/oei-03-02-00771.pdf)

Modifier 59 is a frequent target of pair audits and has appeared on the OIG’s annual work plan each year since 2004.  Due to the wide variation of circumstances in which 59 can be used, it remains difficult to manage and control by payers.  It’s also a point of confusion and frustration for providers and staff members. Modifier 59 represents extenuating circumstances.  It’s one of the rare modifiers that bypass the NCCI edits.

As a result, it is a common area of misuse by health care practitioners.  CMS Transmittal 1442, CR 8863 defines 4 new modifiers –  XE, XP, XS and XU which are subsets of “Distinct Procedural Services.”

Per CR 8863, CMS will continue to recognize modify 59, but will require the X(ESPU) modifiers and specific cases.

CMS will not stop recognizing the 59 modifier but notes that CPT instructions state that the 59 modifier should not be used when a more descriptive modifier is available. CMS may selectively require a more specific X(ESPU) modifier for billing certain codes at a high risk for incorrect billing.

For example, a particular code pair may be identified as payable only with the XE separate encounter modifier but not the 59 or other X(ESPU) modifiers.  The X(ESPU) modifiers are more selective versions of the 59 modifier so it would be incorrect to include both modifiers on the same line.

Although it remains to be seen how the new modifiers will be viewed and adopted, CMS is encouraging their use.  All evidence suggests that not only should providers prepare to use the new modifiers, they should also expect greater scrutiny on modifier 59 claims as well.

Marty Kotlar, DC, CPCO, CBCS is the President of Target Coding. Dr. Kotlar is certified in CPT Coding, certified in Healthcare Compliance and has been helping chiropractors nationwide with billing compliance, documentation and coding for over 10 years. Target Coding can be reached at 1-800-270-7044, website – www.TargetCoding.com, email – info@targetcoding.com. 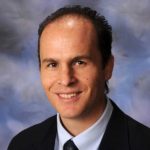 I didn’t realize how out-of-date my fees were and how it was dramatically affecting my bottom line. Thanks, CHUSA!